The ratio of positive-to-negative charge was calculated based on the cationic amine nitrogen (in the cationic lipids) and DNA phosphate group concentration. DNA and RNA are a polymer of nucleotides. They join themselves through phosphodiester bonds (a specific kind of covalent bond) that can grow up to millions of nucleotides. DNA and RNA are negatively charged due to the existence of phosphate group that makes up every nucleotide (pentose + nitrogenous base + phosphate). When forming part of the phosphodiester bond, they retain 1 of 2 negative charges. The other negative charge is lost to form the other ester bond to a new pentose. That is the reason the bond is called “phospho-di-ester”. As an example, cationic lipid DC-Cholesterol has the following structure.

The cytotoxicity of the cationic liposomes increased as the molecular weight of the PEGylated lipid incorporated into the cationic liposomes increases. As an example, lipoplex containing PEG5000 was more cytotoxic than a lipoplex containing PEG2000. The transfection activity of cationic liposomes decreases with increasing the percentage of PEG-DSPE lipid. Previous studies have shown that the addition of 0.5%, 1% and 2% PEG-PE reduces the activity down to 60%, 40% and 10% of original luciferase activity in lungs, respectively. It has also been reported that adding PEG-PE (1% of cationic lipid) into the freshly formed plasmid-liposome complexes could prevent the complexes from aggregating during storage. However, storage of the complexes containing PEG-PE at 4°C slowly restored the original activity. In general, PEGylation is not used for transfection experiments. However, in some experiments especially in vivo experiment PEGylated lipoplexes are used.

If you need to do an experiment which involves PEGylation of cationic liposomes, it is highly recommended to form the lipoplex first by adding the proper amount of the genetic material into the liposomes and next add PEGylated lipid externally (post-insertion) and incubate the lipoplex and the PEG lipid for one hour at a temperature which is above the liquid to gel phase transition temperature of the cationic lipid (in case of unsaturated cationic lipids such as DOTAP, you can incubate at room temperature).

In many experiments, instead of using the traditional PEG2000-DSPE, C8-PEG2000-Ceramide is used for PEGylation of the lipoplex because PEG-Ceramide is a “shedable PEG,” which diffuse out of lipoplex upon contact with biological membranes.

Due to cytotoxicity of cationic lipids used in the liposome formulation, it is highly recommended to perform cell viability assay. Cell viability can be assessed by a modified Alamar blue assay. Alamar blue contains a redox indicator which exhibits both fluorescence changes in the oxidation-reduction range of cellular metabolism. Briefly, add 10 μL of 10% (v/v) Alamar blue dye to 100 μL sample. After 2 h of incubation at 37ºC, the resulting fluorescence is read on a fluorescence spectrophotometer at 570 nm and 600 nm. Cell viability (a percentage of control cells) is calculated using the following equation: 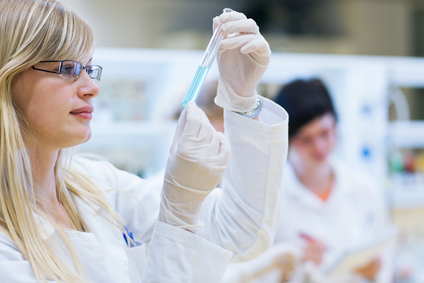